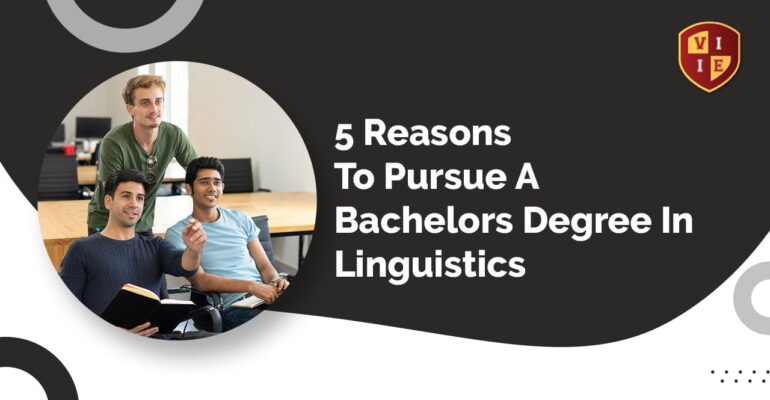 Bachelor’s Degree In Linguistics is an extensive study of languages people use to communicate daily. While pursuing a bachelor’s degree in Linguistics, you will learn how to build phrases for maximum effect, the meaning of those phrases, and the overall fundamentals of the language.

Every language is unique as it establishes a fruitful conversation between multiple people leading to the exchange of ideas as well as opinions. When you pursue linguistics, you gain expertise in either one language or multiple ones since there is no obligation to study linguistics and be fluent in numerous languages.

What do you do with a degree in linguistics?

With a degree in Linguistics, you can start your career in fields like foreign language teacher, copywriter, language specialist, linguist, professor, and much more.

Is a BA in linguistics worth it?

5 Reasons To Pursue Degree In Linguistics

The subject of Linguistics is mainly divided into phonetics (study of sounds), phonology (study of sound systems’ patterns), syntax (studying how sentences are structured), and semantics (studying the meaning of sentences). Linguists thus gain a vast knowledge of a particular language and get the opportunity to build a wonderful career by applying it. Linguists can work as translators for companies in their meetings with foreign businesspeople. They can also work as tourist guides and translate important documents for corporations.

Linguists can aid police in criminal investigations by analyzing confessions, and court proceedings and decoding letters/messages to reveal the true motive behind a crime. You can start as a computer linguist and work with several computer functions, and artificial intelligence and combine your expertise in language with technical skills in order to find solutions to computational problems.

After pursuing a degree in Linguistics, you can also work as a social worker and help young children with speech impediments or teach them how to communicate in a better way. Linguistics is more than just theory or analyzing languages, it is enhancing the essence of our everyday interaction with other people. It is about understanding a lot about the world we live in and on a certain level determining why people behave the way they usually do. When we communicate in a better way, we break hurdles with other people and form meaningful relationships.

After pursuing a bachelor’s degree in Linguistics, you are open to job opportunities like

4.    Linguistics’ role in the entertainment industry.

A lot of people study linguistics to start a career in acting since it provides you with a profound understanding of a language. You get to learn specific pronunciations of certain words as the natives would use them and thus give a realistic component to your acting. Some actors hire linguists to polish their accents so that they can emulate a character who is a resident of that region. On the contrary, some actors instruct their linguists to help them make small grammatical or pronouncing errors to portray a character who does not live in that region.

When you pursue a degree in Linguistics, you earn unmatched expertise in a language so that you can help authors remove grammatical errors and editors perfect their articles. The most important career option you get to choose is becoming a secondary school foreign language teacher. You can mould into young minds, a passion for the language you teach, help them improve their daily interactions with others and increase their confidence in speaking that language.

The few disadvantages that are prevalent when you pursue linguistics are: Most employers are on the lookout for MAs or PhDs who have extensive practical experience in theory as well as research. In such cases, students who have pursued a bachelor’s degree in linguistics may be treated as amateurs and be void of all those stellar career opportunities. Also, pursuing linguistics takes a lot of time. Some people complete their BA and MA in five years and some people take longer. The career edge that they have at the end of five years might not be relevant later. But as you see, the advantages overcome the disadvantages of pursuing linguistics and so if you are passionate about gaining that expertise and maybe actually taking the language further then you should pursue this degree!

Best Career Options To Choose From In Arts After 12th 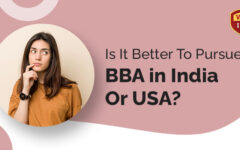 Is It Better To Pursue BBA in India Or USA? 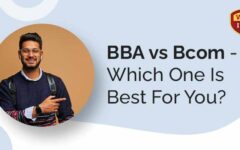 BBA vs Bcom – Which One Is Best For You? 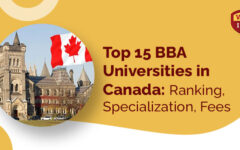 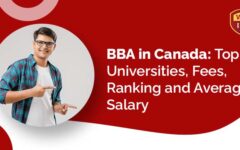 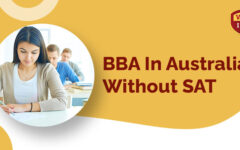 BBA In Australia Without SAT